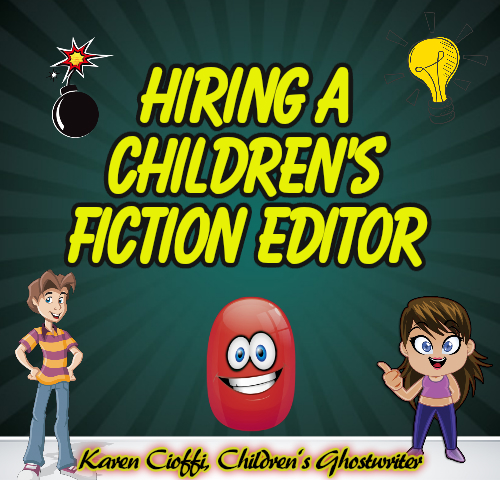 I’ve seen a lot of drafts and manuscripts over the years and the one thing that really irks me is when authors hire an editor who doesn’t know what s/he’s doing.

The real problem though is that this pattern never ends. I just recently had another client who hired an editor from a service (I won’t mention the name) who edited a couple of things in the manuscript, but left a lot of basic errors.

But, how do you tell if an editor knows what s/he’s doing?

– One way to find this out is to ask for a sample paragraph.

The only problem with this is it may not give you an accurate look at the editor’s capability.

When I first looked at my client’s edited story, the very beginning seemed okay. But after that it went downhill. Some of the errors in that edit will be listed below.

– The other way is to have an idea of what you’re looking for.

So, what should you look out for?

The example paragraph below has a couple of elements to watch for:

Fred grabbed for the napkins. “Excuse me.”

“You almost knocked over my ice tea,” said Jenny. “Be careful.”

#1 Each speaker needs his own paragraph.

Aside from naturally breaking your story into paragraphs and chapters (if warranted), each time a different character is speaking, you need to create a new paragraph.

Notice that when a character speaks (dialog), it’s in quotation marks.

#3 The first line of each paragraph should be indented.

Some writers, while in draft mode, may not indent until they have the final draft. So, this may not be an indicator of her qualifications.

#4 If you’ve set up who the speaker is, like I did with Fred, you don’t need a dialog tag: Fred said.

Next up is internal dialog.

This is when the main character is thinking rather than talking.

There are some writers who put thoughts in quotation marks, but it can be confusing, especially for young readers.

Quotation marks should be used for dialogue only.

For internal thoughts, there are two ways to handle it:

Geez, thought Sara, I volunteered for this project. I can’t complain now.

Jason’s stood at the base of the monstrous mountain as his eyes traveled up and up and up. How on earth am I going to climb that?

2. Let the narrator handle it if writing fiction in third person.

Sara reminded herself that she volunteered for the project. She couldn’t complain.

Jason stood at the base of the monstrous mountain. He wondered how he’d ever be able to climb it as his eyes traveled higher and higher.

A note here, you wouldn’t use “he thought ‘to himself’” or “wondered ‘to himself’”. The reader will know that he’s thinking to himself.

There is so much information on show, don’t tell, yet I see it happen over and over.

Here’s an example of telling:

He was super excited when he found out he had enough money to buy a toy.

He could not believe his eyes. All the toys were gone. He was very sad.

“I should have got the toys before I went to the story,” he thought to himself.

He started to cry.

So how can you write this to ‘show’ how the boy felt?

He raced to the store … but he was too late. It was closed. “Noooo,” he moaned as tears began to stream down his cheeks.

Can you see the difference?

Also, note that for the examples in this article I didn’t indent the first line of the paragraphs.

While these are just a few of the very basics of what to keep a look out for when you’re having your children’s story edited, it will hopefully give you an idea.

Let me take a look at your notes, outline, or draft. I’m a working children’s ghostwriter and rewriter/editor. I can turn your story into a book that you’ll be proud to be author of.

6 Tips to What Makes a Good Story?

5 Ways to Annoy an Editor