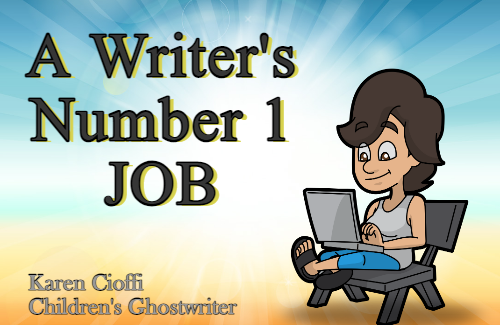 Writers have to do a lot to create a good story, but the number one thing is to create a connection. You must make the reader care.

Although it’s the most important element of your job, lots of writers just don’t get it right.

According to Mary Kole of KidLit, “Whether they name emotions outright, or engage in a lot of telling, or sink into melodrama, a lot of writers aren’t very good at crafting genuine emotion.” (1)

Suppose you’re a children’s writer and want to show ‘hurt.’

It was a month since Tommy’s dad left. He ached deep down inside, in a place he never knew existed. He’s not coming back, weaved its way into all his thoughts.

If you notice, I didn’t say Tommy felt bad or he felt hurt. But, you definitely get the message. This boy is heartbroken.

Now suppose you want to show suspense or fear.

Lucas grabbed his little brother’s hand and pulled him close. “Shhh. Don’t make any noise. It might hear us.” They crept along the wall, barely breathing. Then suddenly . . .

There you go again. There’s no telling, no stating the obvious. Through actions and dialogue, you know there’s suspense and the older brother is fearful. Can you hear Lucas whispering to his little brother and see him holding him close?

Now what about showing anger.

Julia tightened her lips and narrowed her eyes. That’s it, she thought. She’s not going to call me another name. Julia drew her fist back, ready to let it launch like a torpedo out of its tube. But, before she let it make its way to Sarah, she stopped.

Here you have a couple of things going on. You can see that Julia is really mad. Mad enough to strike out. But you also see that she stopped. Even though she was angry, she had self-control and was able to stop herself.

So, along with showing anger, the brief passage is also showing the reader another facet to Julia’s character.

Okay, last one. Suppose you want to show happiness. This is an excerpt from Walking Through Walls:

Wang stared at the wall and repeated the formula. He took several steps toward the wall. He closed his eyes and quickened his step. In a matter of seconds he felt a thickness surround him, like walking through water or sand. Then it vanished. Wang opened his eyes.

I added the beginning of this passage so you could understand his accomplishment – walking through a wall. Once on the other side, he couldn’t contain his excitement. Again, no telling. Just dialogue and action.

Obviously, emotions look and feel different to everyone. So, use your own experiences or what you’ve seen in the movies or on TV. You can also see how other authors show emotions.

In addition to this, you can look around you. Watch how children or adults act out their emotions. Then write what you see.

Whether you need rewriting or ghostwriting, let me take a look at your story. Just send me an email at: kcioffiventrice@gmail.com. Please put “Children’s Writing” in the Subject box.

Get Your Books Found on Amazon

3 Reasons Why Editing Should Come Before Self-Publishing

Picture Books – What Grabs an Editor